TOPEKA, Kan. (AP) — Bob Dole, who overcame disabling war wounds to become a sharp-tongued Senate leader from Kansas, a Republican presidential candidate and then a symbol and celebrant of his dwindling generation of World War II veterans, has died. He was 98.

Dole announced in February 2021 that he'd been diagnosed with stage four lung cancer. During his 36-year career on Capitol Hill, Dole became one of the most influential legislators and party leaders in the Senate, combining a talent for compromise with a caustic wit, which he often turned on himself but didn't hesitate to turn on others, too.

He shaped tax policy, foreign policy, farm and nutrition programs and rights for the disabled, enshrining protections against discrimination in employment, education and public services in the Americans with Disabilities Act. Today's accessible government offices and national parks, sidewalk ramps and the sign-language interpreters at official local events are just some of the more visible hallmarks of his legacy and that of the fellow lawmakers he rounded up for that sweeping civil rights legislation 30 years ago.

Dole devoted his later years to the cause of wounded veterans, their fallen comrades at Arlington National Cemetery and remembrance of the fading generation of World War II vets.

Thousands of old soldiers massed on the National Mall in 2004 for what Dole, speaking at the dedication of the World War II Memorial there, called "our final reunion." He'd been a driving force in its creation. "Our ranks have dwindled," he said then. "Yet if we gather in the twilight it is brightened by the knowledge that we have kept faith with our comrades."

Born and raised in Russell, Kansas, Dole later made his life in the capital, at the center of power and then in its shadow upon his retirement, living all the while at the storied Watergate complex. When he left politics and joined a law firm staffed by prominent Democrats, he joked that he brought his dog to work so he would have another Republican to talk to.

He never forgot his Russell home, though, saying this in 2014 on KRSL.

He tried three times to become president. The last was in 1996, when he won the Republican nomination only to see President Bill Clinton reelected. He sought his party's presidential nomination in 1980 and 1988 and was the 1976 GOP vice presidential candidate on the losing ticket with President Gerald Ford.

Senator Dole visited Russell twice in 2014 and joined KRSL General Manager Mike McKenna for an interview each time. Listen to both interviews below.

Check back to KRSL Russell Radio and KRSL.com for more updates. 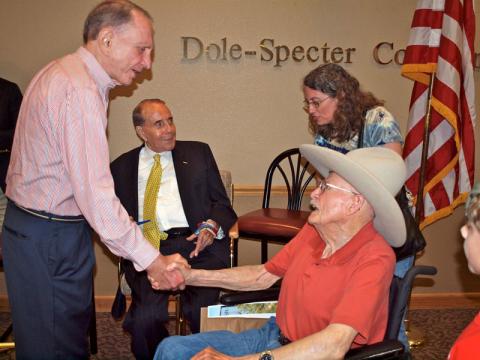 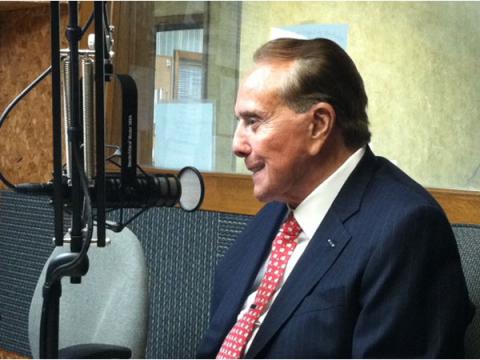 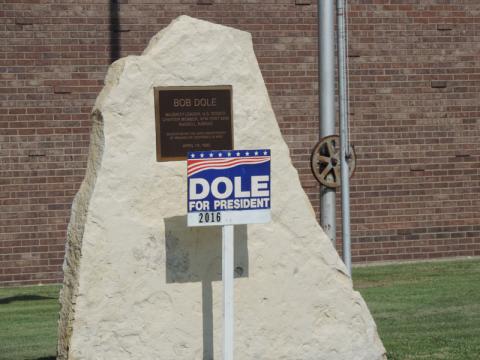 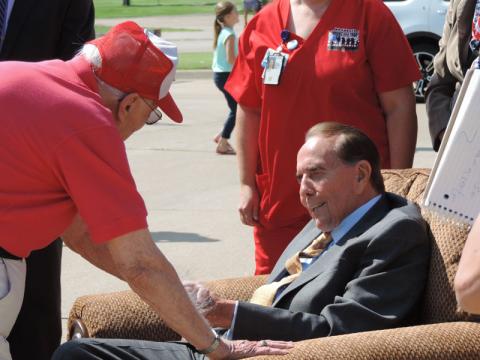 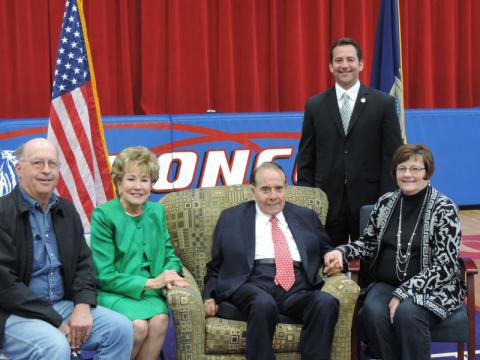